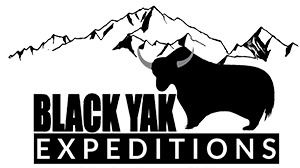 Travelling is mountain Bike, one of the famous exciting explore adventure activates in the world however the many people they want to experience of mountain Biking such as the teen ages, and youngers they like to explore with mountain bike also the people of all the ages they like mountain Biking for physical fitness, experience, meeting with friend, and some people they won’t to tanning on a bike before their trekking and hiking. And Many people joined with a local company and make an exacting tour in their country and people wont to explore with mountain bike of different countries and places to share the experience with local culture, natures, and wonderfully picturesque. And we organize cycling /mountain biking tour In Sikkim cycling tour is one of the exciting explore adventure activates joined with local culture and nature every day the views is supper majestic views, snow-capped mountains the third highest peak of the world the Mount Khangchendzonga 8,585 meters. Including the trail covered with ancient forests some time the trail under the 40th World Heritage Khangchendzonga National Park in Sikkim, at the heart of the Himalayan range in northern India (State of Sikkim) Such trek are typically between minimum 3 days and maximum 15 days long and connect important and prominent points in the region over cycling trails through the local cultural, beautiful village, sometimes along with small town and dense forests of the state. Such places often include remote villages, ancient monasteries, holy lakes, and other such attractions. Often such places can be accessed by road as well. But the experience of trekking to these locations through the wild and beautiful forests can be exhilarating and memorable.

A detailed guide to Goechala trek for beginners in 2022

NAMBU TO YUKSOM ROUND TREK

UTTAREY TO SANDAKPHU ROUND TREK:

UTTAREY TO YUKSOM ROUND TREK